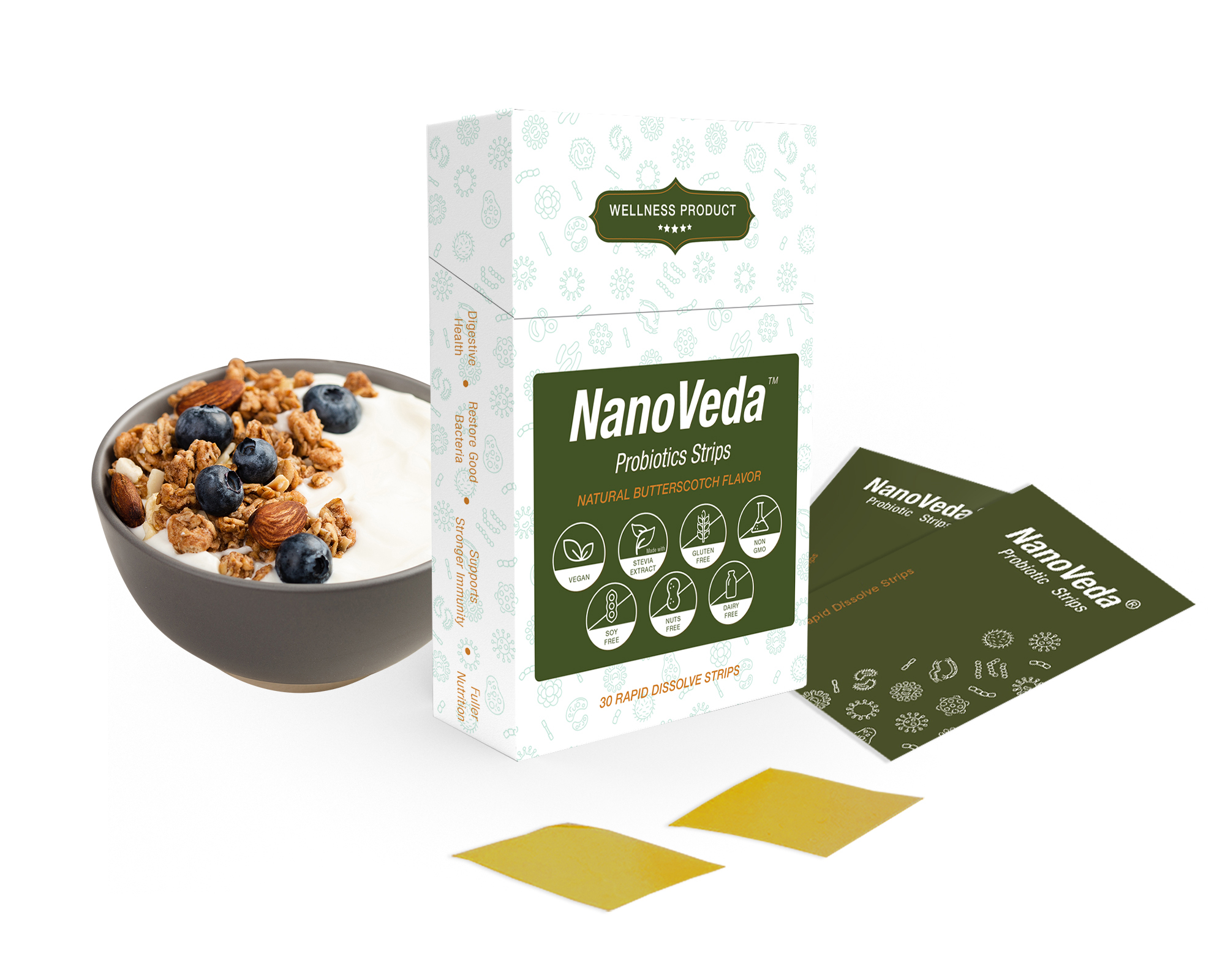 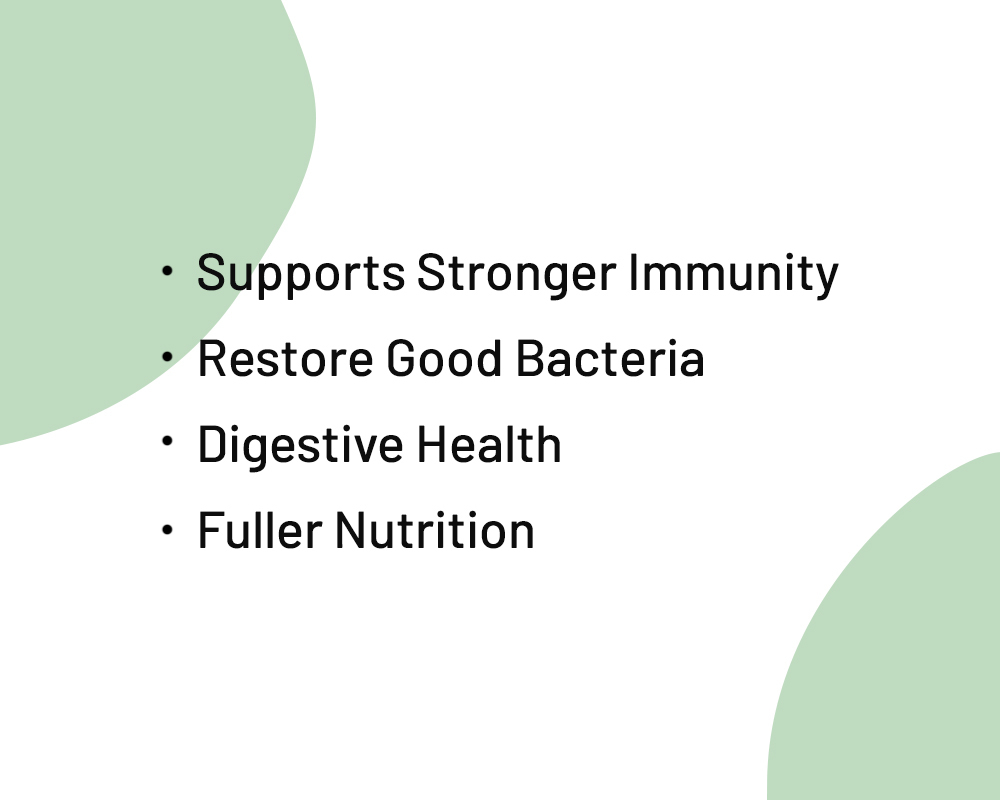 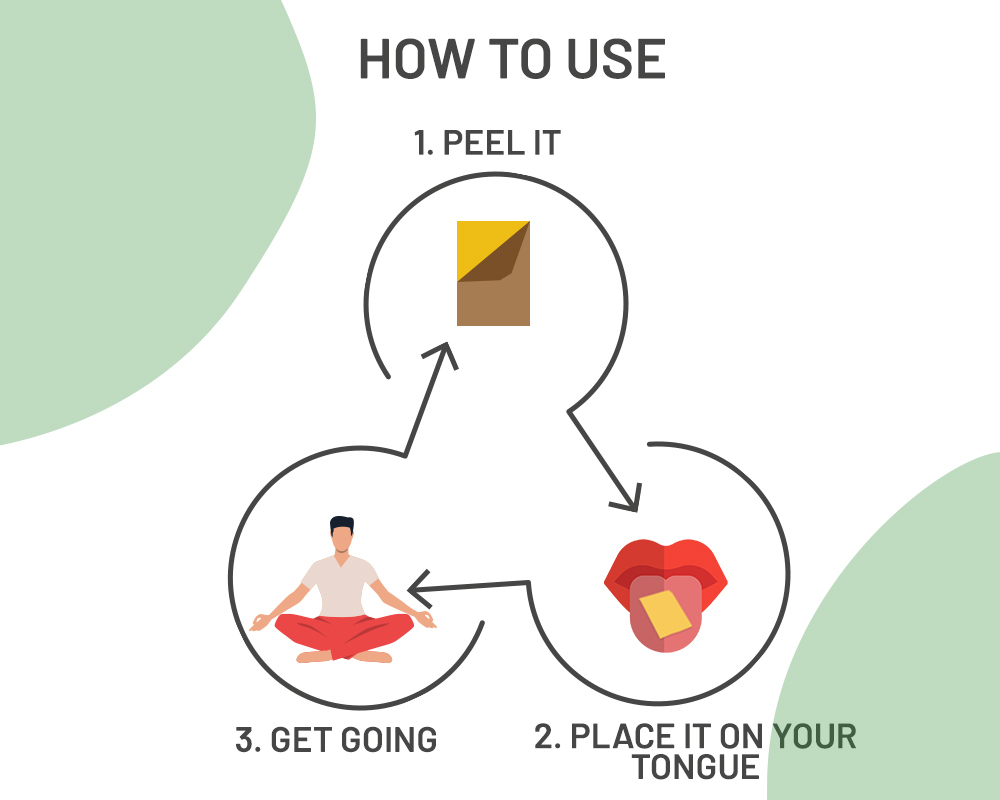 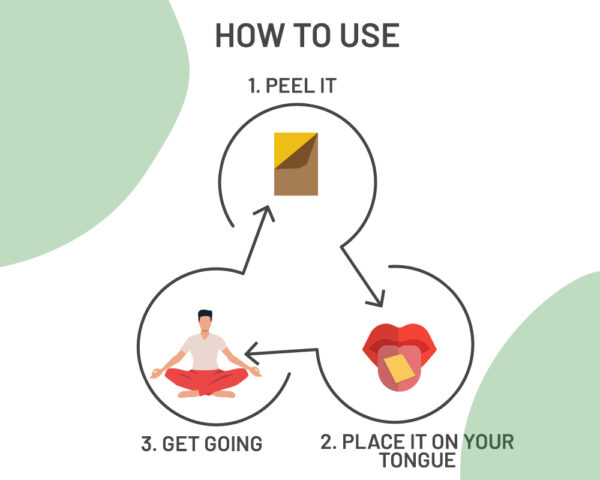 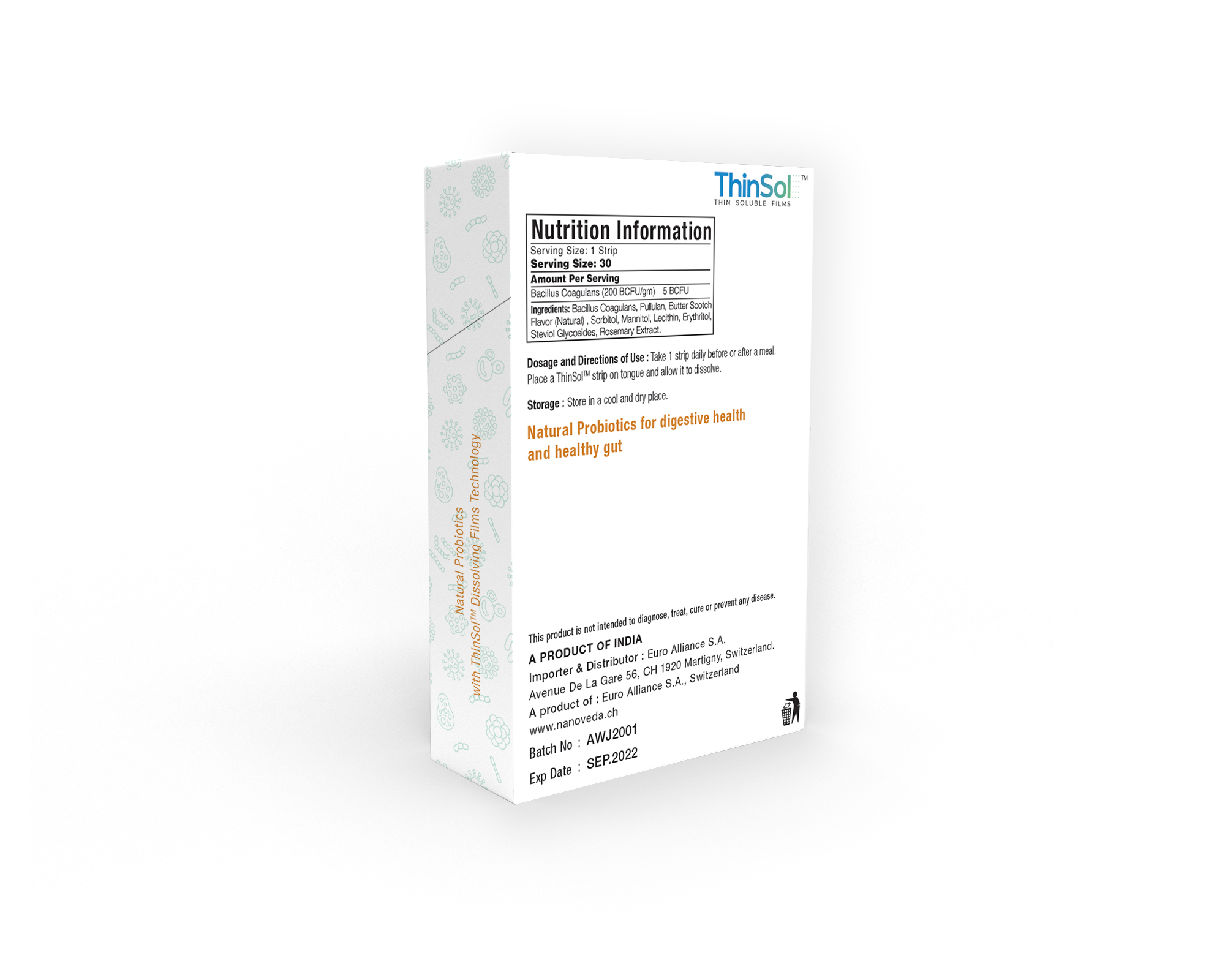 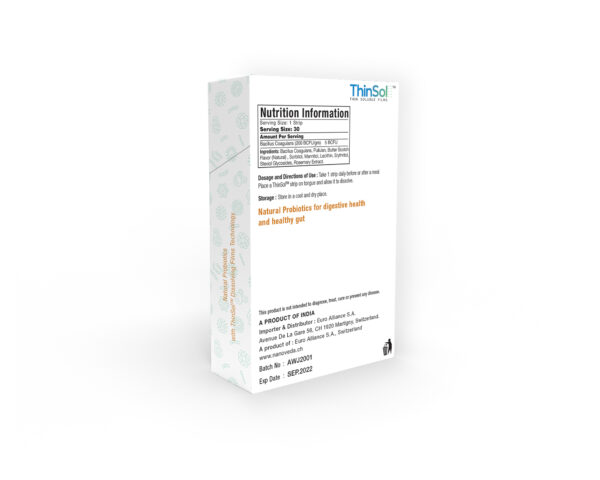 NanoVeda Probiotics Strips are rapid-dissolving strips containing Bacillus coagulans. This is an organic, vegan, gluten-free, soy-free, nuts free, and dairy-free product, hence a safe option for everyone to maintain a healthy gut.

Recommended Use: 30 Mins before or after any food intake

Probiotics are good bacteria that help with food digestion, immunity, and gut health. Our GI tract is the home of trillions of microbes that collectively forms the microbiome. Whatever we eat, passes through the GI tract every day, and our diets affect our microbiome to a greater extent. This is where comes the role of probiotics.

Probiotics may have been gaining popularity in recent years—but believe it or not, they have been around since the early 19th and 20th centuries in some fashion or another.

Bacillus coagulans is a well-known ingredient in pharmaceuticals, food, and the chemical industry. It is a gram-positive, spore-forming bacteria and is naturally encapsulated with a hard layer of organic spore coating. This coating helps B. coagulans withstand the extreme environment of gastric and bile acid, making it the probiotic of choice.1 The US Food and Drug Administration (FDA) and the European Union Food Safety Authority (EFSA) have found B. coagulans to be safe for human consumption. The product is included in the Generally Recognized As Safe (GRAS) and Qualified Presumption of Safety (QPS) list.2

Use of NanoVeda Probiotics Strips has been found to:

There are no reviews yet.

Only logged in customers who have purchased this product may leave a review.